In most of Europe, fascistoid parties foster the hatred for foreigners and for all those whom they see as strangers. They thrive on the political and moral failure of traditional parties who believe they can compete with them by adopting their ideas. In France, just as in other countries, many welcome and assist exiles who have reached our soil, often fleeing violence and crises for which France has, like other countries, a great responsibility. When an encounter with these exiles is possible, when they are not made invisible by removing them, when police does not try to deprive them of their humanity by proven acts of brutality and abuse, then hospitality prevails. Others, even more numerous, would like to participate in this hospitality, but have not yet found practical ways to do so.

It is up to each of us who agrees to demonstrate that we have chosen the path of welcoming foreigners. There will be many ways to do so, but we table one proposal for making the breadth of the support for hospitality visible. We call you, to wear and disseminate, from Tuesday July the 3rd, 2018, signs that manifest the practice of and support to hospitality. We will organize the massive availability of these signs, which will exist, as badges and stickers, in two forms, one with a simple logo, and the other one with the same logo and the slogan “J’accueille l’étranger”. These are not the first effort in this direction, and we salute all previous ones, but do not miss this one opportunity. Ours is not a one-time action: July 3rd is only the first day of what must be a continuous collective manifestation of  welcoming foreigners and recognising the stranger in each of us .

One will find all information on how to order badges and stickers, as well as advice on what can happen when you wear them on the jaccueilleletranger.org site: 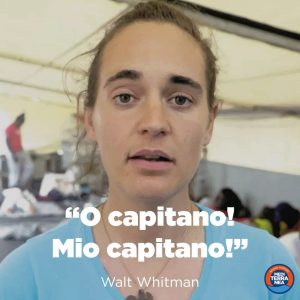 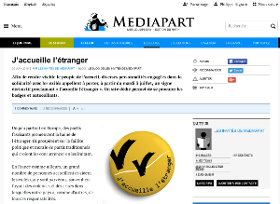